By continuing to browse the site, you are agreeing to our use of cookies : Find out more.

San Salvador : The IAIP performed a forum in commemoration of the international day against the corruption

San Salvador : The IAIP performed a forum in commemoration of the international day against the corruption

San Salvador, December 7th, 2018: The Institute for Access to Public Information (IAIP for its acronym in Spanish) commemorated the International day against corruption. An activity that has a purpose: to create awareness of this problem that affects many sectors of the society; to promote messages, campaigns and actions that show the importance of the prevention and fight against this problem.

In that sense, the IAIP performed the forum denominated: “keep betting for more transparency and access to public information.”

Firstly, the activity began with a message from the Commissioner President of the IAIP, Carlos Ortega, who discussed about the work that the Institute has been doing in terms of prevention of the corruptions acts from the public officials, related with the transparency and public information access.

Secondly, we had the participation of the Commissioner Herminia Funes with the exposition “Initiatives of transparency to prevent corruption.” Then, the executive director of the Regulatory Improvement Organization (OMR for its acronyms in Spanish), Jaime Campos, shared the presentation “Technological tools for citizen participation, key actor in the fight against corruption.”

As part of the activity, four operative units of the IAIP explained each of the functions that they perform, the activities and projects that have been developing and showed the most significant achievements in those six years of institutional working.

The international day against corruption was approved by the General Assembly of the United Nations in 2003, and it’s commemorated on December 9th, as a commitment of the countries members to end corruption. 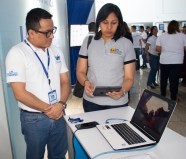 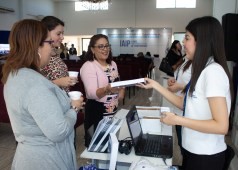 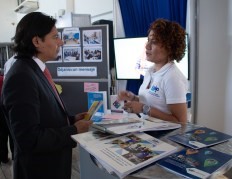 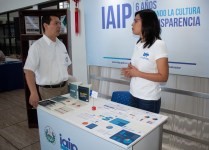